Yesterday’s investigation have ended somewhat awkwardly: the second tree became rewritten, but to no obvious gain. Let’s look at the third one, nevertheless?

First, color it to distinguish (at some point I’ll need to return all previous trees to gray, I am almost out of distinguishing colors!) 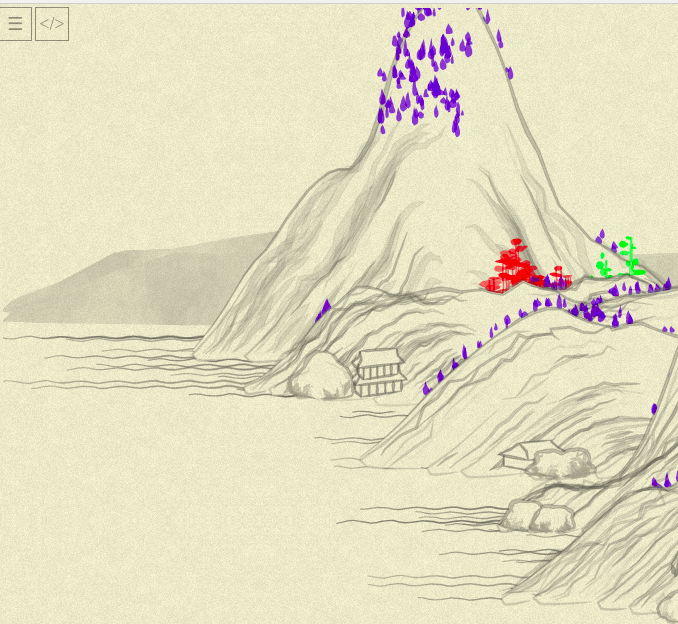 Again, attempting to handle it all in one go, it doesn’t seem too different from the previous ones.

I see some fun stuff on the road! 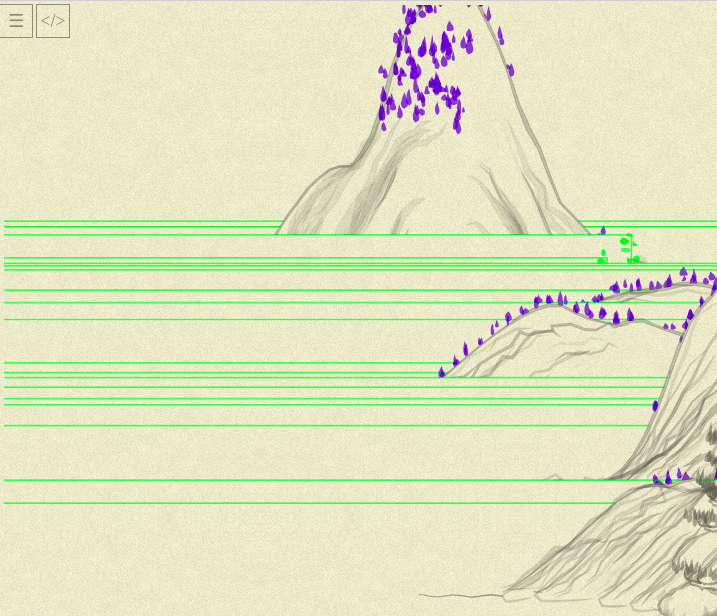 …and at other point, completely different (and somewhat beautiful) landscape: 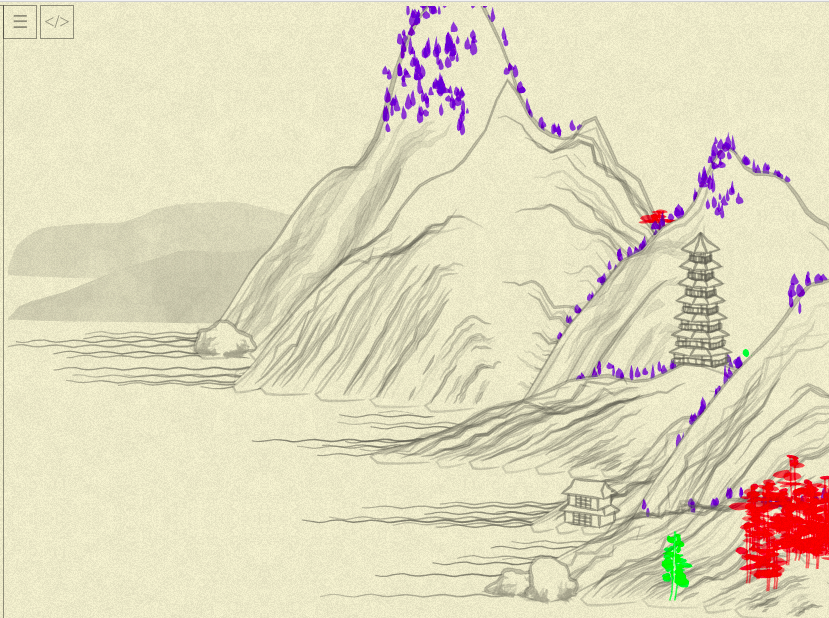 (We already know this results of somebody screwing up number of calls to random(), e.g. number of blobs to generate, e.g. array slicing.)

Anyways, nothing interesting to report today, here is the final result:

BTW, the call to it passes this bending function:

(Seems that Math.pow(...) is no-op here, always having 1 as an exponent—probably the leftover from author’s experimentation. In general, to each tree01 passed the function that adjusts it a bit, making trees bent in various directions.)

I allowed myself one more “poetic freedom” of Rubyfication of JS:

Other than that, not much insight comes from today’s investigation. For all we can say, it just:

I am not much more satisfied than yesterday, leaving behind a few murky points, like, what exactly shape does and why it has that particular formula? (I half-suspect I might’ve recognize it if not for forgetting most of my CS fundamentals). Also I feel like some patterns appearing here aren’t fully-exposed, like repetitive <something> * (resolution - i) / resolution should maybe have a distinctive name?.. IDK.

Anyhooo… The next tree is much more complicated (probably it is that one huge in the foreground), but tomorrow I want to change an area of digging and look, maybe, at some houses? Just for a change. Because with trees the repeating motive seems to become obvious: make ten points, drew some lines through them, throw some blobs around.

I am reminding myself, the main goal of this investigation is to develop the intuitions on how this stuff is done, and I already have some about the trees!