I am in Istanbul now. Always loved the city, it is an absolute beauty (I half-dream of some generative art project which could’ve imitate the cozy narrow streets of Kadıköy… But we digressed.)

Today, I want to look into vegetate method usage in the Mount.mountain and see if I can understand it better. By rewriting, of course.

First, I am changing its protocol to this:

Now we can start to update methods in this style:

(Ugh, I know I am jumping between foo_bar naming I am usually doing in Ruby and fooBar naming more common in JS… Probably I’ll need to cleanup this laterz!)

Note that with naming it layerIdx instead of i, the first part of the condition becomes more clear: “this particular object should be generated only at the first, outer, layer.” The comment // RIM implies the same!

And, as I’ve already suspected, those “if this should be drawn” function can look simpler if we’ll pass current point itself as the third argument:

Two notes-to-self that I would like to address if I had infinite time to polish, which I do not:

Now, going through all the function calls (and with surprisingly low amount of problems to debug, save for stray j is not defined where I’ve forgot to rename something), I am gradually coming to understand what we need from generate even better. Though, one “wrong picture” still got there: 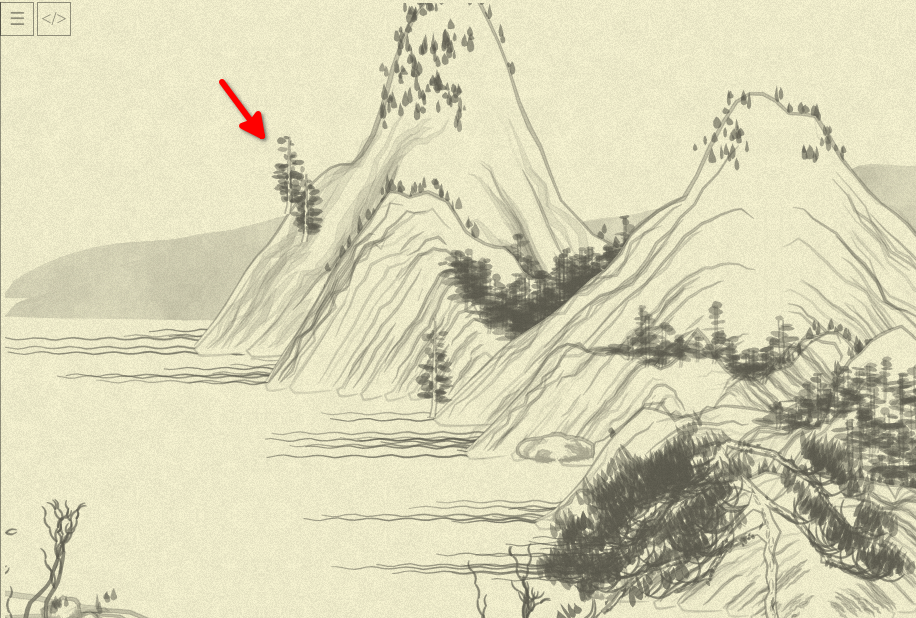 …but comparing it to expected, I quickly saw that probably the problem started with call that generates tree03 (remembering how the trees looks from early days), I quickly got the typo (at some point I just replaced layer.length check with layers.length accidentally, and math got all wrong… though this one might make the man thinking about how to avoid this kind of typos!)

So, here is the the final version of the function:

Note that instead having pointFilter responsible to saying “whether THIS point is necessary”, I moved all the responsibility of “filter this list of points” there—considering its usage, it makes things much clearer.

Now, I am super-tired after the flight (it was delayed for 2 hours, and it is actually physical “day 18” already…), so I’ll finish with all the actual calls to generate and how they are express things now, tomorrow. Hopefully. With Istanbul, you never actually know!